Monday of this week was ‘Blue Monday’ – the most depressing day of the year (allegedly).

Well – the last thing I want is for any of you to feel sad, so to start off this week, I thought I’d share a silly story – with the sole purpose of making you smile 😀 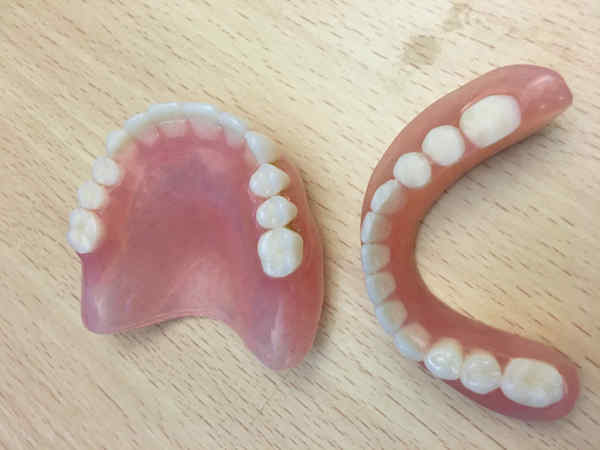 It involves my dad.  He’s been ill now for some time (that’s not the funny part) – he’s been in and out of hospital and on every visit, he loses his dentures.  Thankfully – they normally turn up.  I can’t tell you how many times I’ve had to crawl under the hospital bed to retrieve them!  But on his most recent stay – 8 days in total, he was moved around the wards several times.  So, when the dentures went missing, they were ‘absent’ for a bit longer than usual.  On Friday 6th Jan, I was visiting when the Doc gave the all-clear for dad to head home.  So, whilst he was waiting for a few final details to be concluded and his cannula to be removed, I decided to take a walk to the other wards – to see if I could locate the missing teeth.

The receiving unit, MAU, AMRU and finally, the ward for the elderly.  I wasn’t really holding out much hope but as they were quite a new set, felt it worthy of the effort.  After a search in the first 2 wards, the dentures were nowhere to be found.  But when I reached the AMRU and explained the situation, a nurse gave me a ‘knowing’ nod of the head and disappeared into one of the rooms on the ward.  She came back with a little white tub.  Not exactly the one which I’d last seen in dad’s room, because I recall it had the words ‘Dentures’ written on it in indelible ink.  This one did not.  “Here we are”, she remarks. “He was with us on the ward for less than a day but I’m sure he left these behind”.  She opens the lid to reveal 2 layers of pearly whites.  Is this them?  I cringe!  I have absolutely no idea!  But they must be surely… if that is where his bed was?  We all agreed.

I returned to the ward to collect dad – proudly demonstrating the results of my investigative prowess as I waved the little white tub in the air.  I found them!   He opened the tub – to check they were really inside?  Or to confirm they were really his?  I couldn’t be sure.

Anyway – he seemed quite satisfied and whilst he had a final word with the doctor, I packed up all his remaining belongings so as not to leave anything else behind.

He had been home around 4 days (and I’d seen him on most of them) when the call came.  He could barely speak.

I was worried – what was wrong?  I’d seen him earlier that day and he seemed fine. But he wasn’t sick – he couldn’t speak because he was laughing so hard!

My sister-in-law had just called him – shrieking in horror because she had just done some of his washing, opened the machine to unload, and there was a full set of shiny dentures staring back at her.

Your dentures I ask?  Every kind of thought going through my mind.
Yes – mine!
But then who’s ……..?

I leave you to ponder the questions ……
And happy in the knowledge that if you DID have the Monday blues, that I have managed to bring a wee smile to your face.

And now… back to the more serious business.  Part 2 of our discussion on HABITS. We are all defined by a series of habits – some good, some bad, some conscious, some unconscious – that we practice every day.

Establishing positive daily habits helps nurture our mindset and are essential for a happy and healthy life.  And there is no better way to consciously choose who we want to BE than paying more attention to the habits we live by.

In the last issue, we talked about 6 potential new habits.

Now let’s consider a few more.  Nothing complex. Because once established, even the simplest of habits can help you live a life of improved health, mental wellness, and overall happiness. ​ 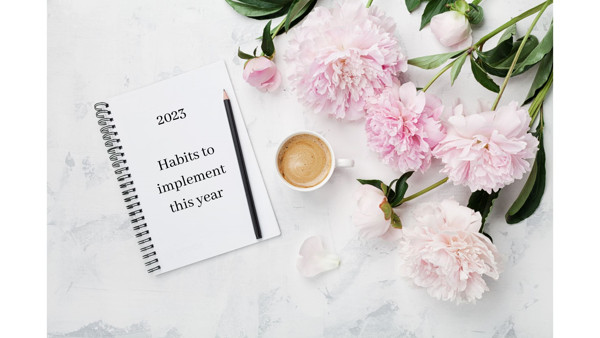 7. Read Daily
Even if it’s only 5 or 10 pages, reading is such a great habit.  Some studies have found that as little as 6 minutes of reading per day can improve your quality of sleep, reduce stress, and sharpen your mind. Those are great reasons in themselves to start reading again if you don’t currently.

8. Move Your Body
While movement is obviously a good habit for physical health, it is also important for your mental health too! Movement doesn’t have to mean intense exercise. Simply stretching, yoga or a relaxing walk outside is a perfect way to move your body to boost your mental health.

9. Stay Hydrated
Did you know that dehydration has been linked to increased anxiety and depression?

Yes, that’s right. Simply being dehydrated can have a significant harmful impact on your mental health.  Increase your daily consumption of water.

10. Have a Night-Time Routine
Much like starting your day off on the right foot, it’s also important to end your day well. Having a wind-down routine every night not only helps you sleep better, but creates the opportunity to prioritize self-care.  So much more nourishing than a routine that involves falling asleep to NETFLIX.

11. Learn Something New
Keep your mind fresh and active by making it a goal to be continually learning. There are so many fun things to learn.

They don’t have to be huge, extravagant things either!
Maybe it’s the definition of a word or a few words of another language.
Just learning one small thing a day is a great habit for personal growth.

12. Getting Organised
How about devoting 15 minutes per day (every day) to clearing the clutter around your home.  Start with one area (eg the kitchen) and clear every day until the job is complete.  Then move on to another room or activity.  Perhaps it’s all that paperwork that’s been collecting and needs sorting.  You will be amazed at how much better you feel as the clutter starts to clear.  And think of how much time you will gain by the end of the year when you are no longer spending time each day searching for things that have been misplaced.

Now let’s be clear – I’m not suggesting that you try to change everything at once.  But how about selecting one new habit per month and practice it daily, then you can add to it each month by introducing another and so on.

Feel free to make these habits your own – work with those that resonate, or alter them to fit your lifestyle.

And if you wear dentures, then please look after them 😁