Leave The Past Where It Belongs

It is less than 24 hours until the start of a brand new year.  Are you ready for it?

I know this is the time we all start thinking about what we want to achieve in the new year, often leading to a long list of ‘resolutions’. 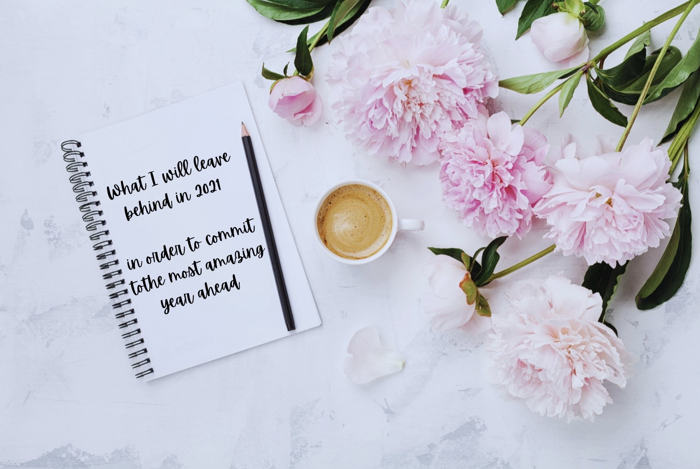 So, I have a suggestion.

Something different (and highly effective) for you to try.

Instead of writing a long list of things to achieve in 2022.

Choose instead to leave one thing behind:

💗 Maybe it’s a specific incident…. something that has really upset or annoyed you. A decision that impacted you but wasn’t handled sensitively? Can you leave it behind and never speak of it again?  Choose instead to focus on your future.  A bright future at that.

💗 Maybe it’s a person … a failed romance?  Or a toxic relationship?
You can make the decision to leave these behind in 2021 and focus on the possibility of a new relationship and new friendships in 2022.

💗 Perhaps a limiting belief?  Imagine how your life could be transformed if you left behind the belief – “I’m not smart enough”, “I’m not good enough”, Or another “I’m too old”… What is the belief that has been holding YOU back?

Write it down on a piece of paper, commit to letting it go, and then burn the note (safely) in a ceremonial farewell.  That’s it – gone 🔥

Don’t ever allow that thought or belief to see the light of day again (don’t even let it enter your thoughts).

If it does make an appearance… just notice, say – there’s that thought 💭 but it’s sooooo last year.

And let it go.

💗 A bad habit? Smoking?  Drinking too much?

Leave it behind and start afresh.  Choose a new/supportive habit instead.

Choose one ‘thing’, one belief, behaviour, or habit and make the decision today to leave it behind.  YOU are responsible for the shape of your own life.  And you can control your own destiny by the decisions you make each and every day.  So adopt habits that will support you achieve your goals or move you closer to the person you really want to be.

It may help to think of life as a game.  How much FUN you have and what rewards you will reap along the way, is totally dependent on how you choose to play.  Give it your best effort every step of the way and you will achieve your dreams and have fun in the process.

And stop with the excuses!   One really important habit that will help to keep you on track in living your best life in 2022 is to relieve yourself of excuse-itis.

Excuses come in many different forms and phrases, but we all make them every day as a way to avoid certain things.  Maybe there are things you want to do but don’t have the motivation to follow through on, or perhaps you make excuses because you are scared to take that next step.

Either way they are the number one reason you are being held back from living the life you want.   So, if you are making excuses about why you can’t do something, stop now.